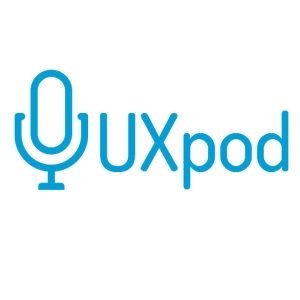 I’ve been an enthusiastic listener to Gerry Gaffney’s podcast, UXpod, and was honoured to be a guest more than once. I was sad when he mentioned that he had decided to stop doing it – but a bit happier when he said “yes” to my idea of me interviewing him in a farewell episode.

I loved hearing Gerry reflect on 16 years of podcasting, ranging from an early interview on personas, through more recent topics such as designing for safety, AI, and ethics.

And of course, it was fun to hear a couple of anecdotes about forms (Gerry is the co-author of Forms that work, which came out a couple of years after he started the podcast).

We also chatted about Gerry’s tips for anyone interested in starting their own podcast series, and I insisted on getting him to talk a bit on two of his favourite topics: cycling in Melbourne and the “livable city”, although he was uncharacteristically brief about them.

Thank you Gerry, both on behalf of the user experience community for the many many years of hard work, and from me personally. I’ve enjoyed hearing people I know reflecting on their books, and also being introduced to people and ideas that were new to me.

You can listen to our interview here: 16 years of UXpod

Or read the full transcript: 16 years of UXpod

"I don’t believe that work has to be either an all-consuming passion or no more than a paycheck.

There’s nothing feminist about asking women to choose between two shitty options."

I wrote about the end of girlboss, "anti-ambition," and meaning at work. https://medium.com/nice-work-from-active-voice/where-do-we-put-our-ambition-now-71b37ee01869

So. I was about to remove Twitter feed from my site (access to user-generated online content) to take it out of scope of the Online Safety Bill when the bill was postponed. Now an investigation by @torres126CP, prompted by posts by @webdevlaw, says links have to go too. Gah.

A follower‼️who is a high school student‼️FOI'd DCMS to dig into the #OnlineSafetyBill's impact assessment on every side project - including theirs - deemed collateral damage in the vendetta against Big Tech.

In today’s episode of “Fix the forms, one at a time”, @FarrarTamara describes how @NHSDigital is making an important service truly inclusive.
- research with seldom-heard-from people
- recognition that some don’t have a current address
- just as much care for paper option

'At times, the situations and experiences we heard about were a real life lesson for us to learn from.'

For those at the back: you don't need to compare making something "easy to use" with "your mum could use it". It's an outdated, lazy analogy to insinuate women/mums aren't technology literate. I'm a mum. I also have a computer science degree. And so do many, many others #uxdesign